Thermal spraying is a coating technique in which melted material is projected onto a surface to coat it. Compared to other deposition techniques, the thermal sprays offer the ability to cover large area at high deposition rates and provide thicker coatings. Thermal sprays are used in various industries such as aerospace, automobile, marine and heavy machinery. The applications for those coatings cover wear and abrasion resistance, low friction, corrosion protection, altering thermal and electrical conductivity and many others.

Need help or have a question?

The projection of melted material onto the substrate surface forms a highly inhomogeneous coating.  This consisting of a multitude of “pancake-like” splats called lamellae formed by the flattening of the material droplet. The size of those lamellae along with the varying degrees of porosity are typically used to characterize the thermal spray coatings. But this deposition technique results in a unique microstructure that presents properties significantly different than bulk materials. The different types of thermal spraying processes (flame, arc, plasma, high velocity oxy fuel and detonation gun spraying ) also increase the complexity of the material problematic by yielding different structures. The durability and functionality of these coatings is highly dependent on the cohesion strength of the resulting coating but also on its adhesion to the substrate. It is therefore necessary to test those coating in their “as deposited” state to investigate the effects of deposition techniques, spraying parameters such as velocities, and substrate surface preparation.

The substrate / thermal spray system is mounted as a cross section in a metallographic mount and polished to expose the interface between the substrate and coating. A constant load scratch is generated by dragging a spheroconical diamond tip perpendicular to the interface and moving from the substrate towards the coating (Figure 1). The scratch is set up to finish in the mounting material. 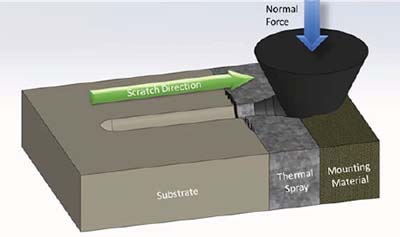 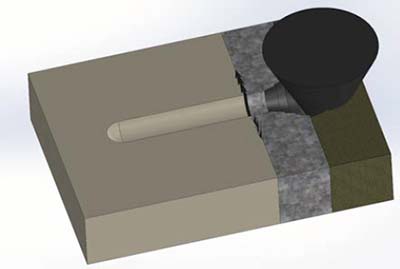 Two main types of failures can be created as shown in Figure 2 :

The Indentation and Scratch Tester (SMT-5000) was used to create scratches on different thermal spray coatings. The testing methodology followed ISO 27307. The test parameters are summarized in Table 1.

Three scratches per load (Figure 3) are performed on each sample for a total of 6 scratches per sample. The constant loads were chosen to create enough damage and the possibility to test adhesion failure.

Different types of failures can be observed in the coatings: 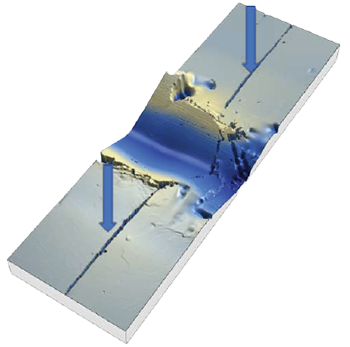 Figure 4: Adhesion Failure at the interface

The lengths of the cracks on either side of the scratch groove can be used to quantify the severity of the adhesion failure. When this failure is observed, no other conclusion can be made as most of the energy of the test goes into failing the coating / substrate interface.

This type of failure is characterized by some cracks propagating from the side of the scratch groove into the coating itself. Both the origin and end of the cracks are located into the thermal spray coating. 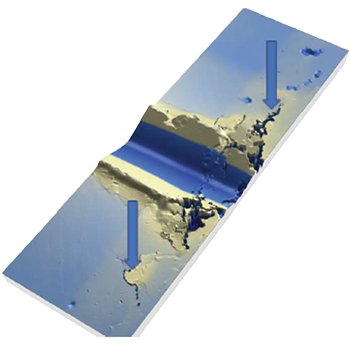 Figure 5: Cohesion failure in the coating

This failure relates directly to the strength of the coating itself as it is contained in its domain.

Cohesive Failure at the Free Surface 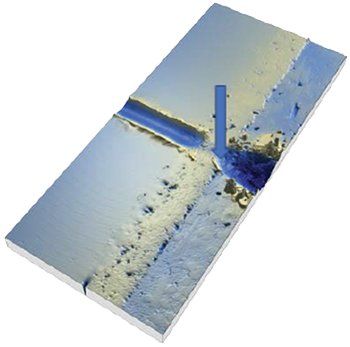 Figure 6: Cohesive failure at the free surface of coating

Granted that no other failure is observed prior to the free surface, the samples exhibiting this failure can be ranked by measuring the angle of the conical failure.
A lower angle will correspond to a higher cohesion of the thermal spray. 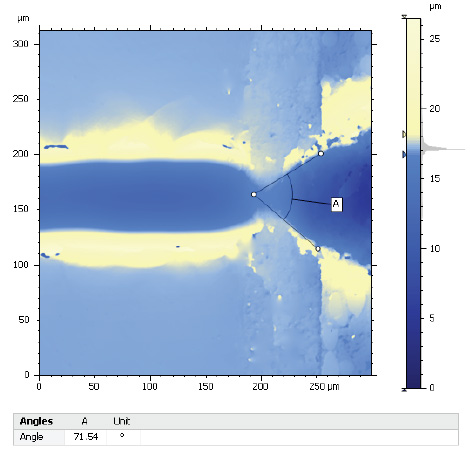 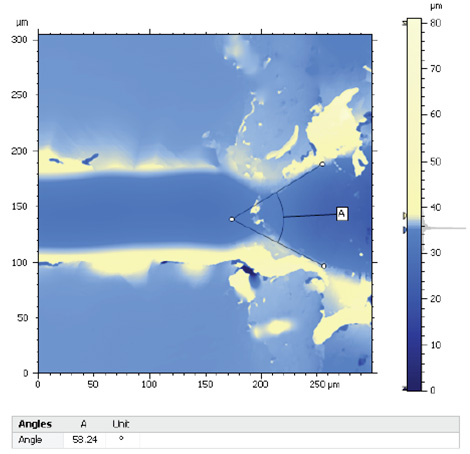 In this study, the four thermal spray samples
exhibited different failures from adhesion to cohesion. The results of all samples are summarized in Table 2.

The adhesion failure of TS 4 brings it to the bottom of the ranking for those samples. TS 2 exhibits good adhesion but cohesion failure in the coating whereas TS 1 and TS 3 are at the top of this samples ranking. As explained above the differentiation between those two is done using the angle of the fractured cone. This measure yields TS 3 as the best coating of this group with a smaller angle.

The scratch testing technique is used here to characterize both adhesion and cohesion of thermal sprays as sprayed on their respective substrates. A single test can yield a deeper understanding of the strength of the thermal spray coatings. In turn, the observation and quantification of failures helped our customer adjust the substrate surface preparation for TS 4 and the spraying parameters for TS 1 to 3 in order to increase the adhesion and cohesion of their coatings. Not described in this study, the same coatings were also tested for wear and coefficient of friction using Rtec Instruments MFT 5000. The combination of scratch testing and tribology testing (wear/COF) gives a more complete understanding of those coating and their resistance to mechanical forces. Rtec Instruments is uniquely qualified and positioned for the characterization of such coating.

The Scratch and Indentation Tester Has More To Offer

Learn more about our Indentation and Scratch Tester, the SMT-5000.

Take a look at the Multi Function Tribometer, the MFT-5000.

Get in touch, and request a demo.

About Us
News
Webinars